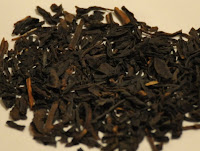 I had always heard of Earl Grey tea, but never tried it until recently. I had mistakenly assumed it was just some sort of plain black tea, given the British reputation for understatement. In fact it has a very distinctive, almost overpowering scent, which comes from the oil of bergamot, a citrus fruit. It took me one sniff of the jar to realize I had stumbled on a promising tea, given that cinnamon orange spice remains one of my favorites.

I really like this tea, but was shocked to discover that almost everyone else I know had unpleasant experiences with it. Of course they didn’t try this sample, made my way. I find it hard to believe anyone could taste what I’m tasting and dislike it. The entire room is filled with the distinctive scent of this tea and I’ve taken to physically separating it from the other varieties to prevent it from affecting them through the packaging. About four cups later, Earl Grey ranks highly among my favorite teas like chai. Which shows that the British do have good tastes in some food and drink, after all 😀

One word of advice, this tea like cinnamon orange spice is flavored with citrus and the longer you steep it (or the hotter the water), the stronger that citrus taste becomes. It will also become more bitter, so keep that in mind according to your own preferences. If you find it too strong, add a little milk. 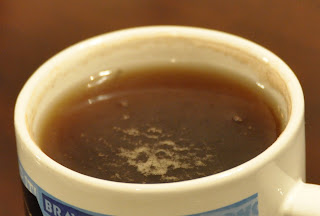